Pgeezy / Peterman (Deangelo Lamont Parker; November 27, 1976 – December 17, 2012) was an American rapper. He was the CEO of Trap Underground Music, and then signed to Natalac Records in 2011. He became the first artist, other than Natalac, to have a full album/mix tape released on the Natalac Records Label.

Deangelo Lamont Parker was born to Mr. and Mrs. Henry Parker on November 27, 1976 in Charleston, South Carolina. Parker’s parents died before he was ten. He was raised by his grandmother, Rosina Martin. As an adult, Parker lived in Walterboro, South Carolina, where he met and married Tiffany Risher. Parker had two children with his wife: Deangelo Parker, Jr. and Dearjhia Parker.

Pgeezy’s solo career began on March 28, 2009 with All the Way to the Top, Vol. 1: Coast 2 Coast. The album’s single, Creepin’ through the Fog, was released on Pgeezy’s own Label, T.U.G. (Trap Underground/T.U.G. members were Pgeezy and “Scrap,” born Eddie Holmes). The album’s sound was noted by several music writers as being “raw and gritty.” In 2011, Pgeezy, under the Natalac Records label, released the single “Doing the Best I Can ft. Pgeezy” from the “Best Of Natalac” album. 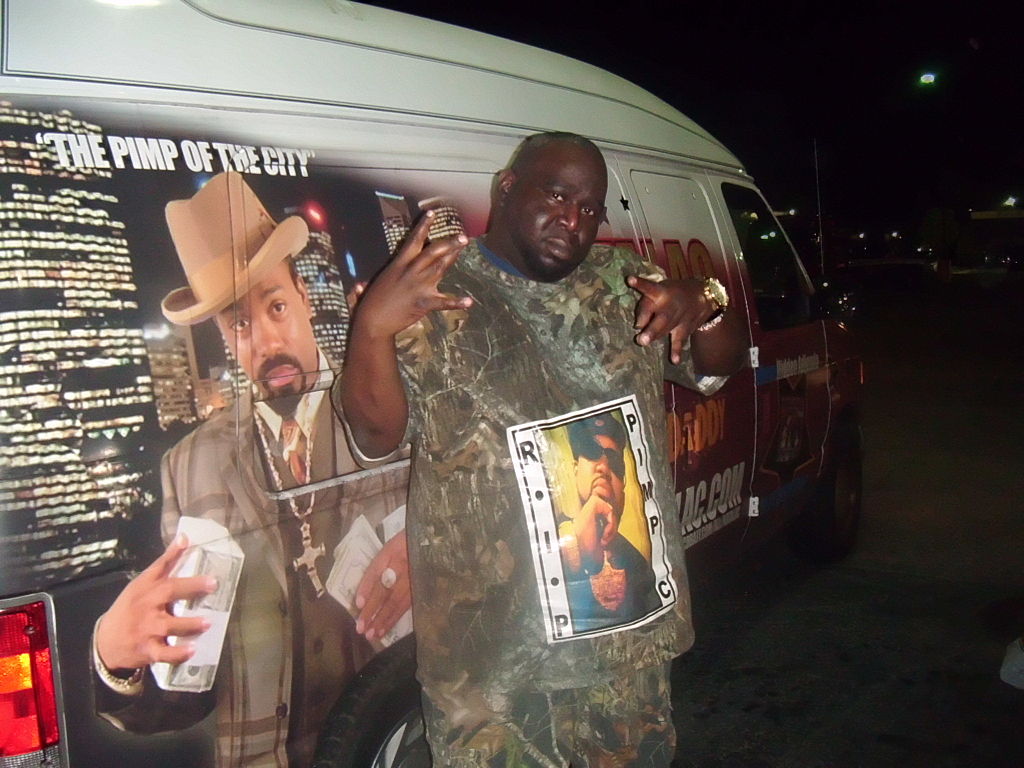 The music received widespread publicity because of its release at the Memorial Day St. George Community Picnic combined with a T.U.G./Natalac Records “Stop the Violence” Movement spearheaded by Pgeezy. Pgeezy’s album release All the Way to the Top, Vol. 2: Coast 2 Coast on Natalac Records had two singles with related videos: “Super Pack ft. Spoon”, and “Every Time You See Us ft. Natalac.” Spoon died a month after the video shoot in a car crash on a road trip selling music for his home label, Bezzle Incorporated. In November 2012, he released the single, Sweet Godfather Deal, for his upcoming album “All the Way to the Top Vol. 3: Coast 2 Coast,” which was to be released in 2013.

In the days leading up to his death in December 2012, Pgeezy had complained of stomach pains. He was taken to Colleton County Medical Center in Walterboro by his wife. After five days in the hospital, he died on December 17, 2012. Pgeezy was buried on December 28, 2012, one day before the birthday of his friend Pimp C. He is pictured on the All the Way to the Top Vol. 2 album cover wearing an R.I.P. Pimp C shirt.

Natalac!
Your message was successfully sent!